– Our team Katusha is entering into its fourth season at the highest league of world cycling. We have all rights to be proud of it, because Katusha is a team of the highest international class, is one of the leaders of the world of professional cycling. I hope that the new season will develop even more successfully both for Katusha Team, and the whole Russian cycling. I would like to wish Katusha not only more prestigious and brighter victories in the new season, but also further development which, I am convinced, will lead to formation and blossoming of domestic cycling – said Igor MAKAROV, head of the Russian Global Cycling Project, President of the Russian Cycling Federation, member of the UCI Management Committee, President of the Board of Directors of International Group of Companies ITERA.

In the first three years in ProTour (till 2011) and World Tour (from 2011) the main Russian professional team Katusha has gained 68 victories and 142 prize-winning places. Totally, from 2009 to 2011 for 210 times Katusha’s riders climbed on the podium of the most prestigious races.

There will be many changes during next season. The main one is, without any doubts, the new General Manager Hans-Michael Holczer. Together with Holczer, thanks to his big expertise in the world of cycling, there were many changes about materials and partnerships: while the three main ones – Gazprom, Rostechnologii and ITERA – didn’t change at all. The bikes the riders will use will have Canyon’s frames; Shimano’s groupsets and paddles; Mavic’s wheels and tires; Ritchey’s handlebars, handlestems and bartapes; and Selle Italia’s saddles. The Sport Directors will follow the race in Skoda’s cars; and also the shirts changed, with a red predominance.

But the most interesting changes may have occurred to the Katusha Team’s roster, which has been enriched with two legends: Oscar Freire, which has already taken the first victory for this 2012 in Australia, and Denis Menchov, the best Russian rider in big stage races. Together with them, some other good newcomers which will improve the quality of the roster: Maxim Belkov, Xavier Florencio, Marco Haller, Alexander Kristoff, Rudiger Selig, Gatis Smukulis, Simon Spilak, Angel Vicioso, plus Alexey Tsatevich and Timofey Kritskiy, former members of the best European Continental team, that is to say Itera-Katusha.

There will be some new Sports Directors too in the staff: the new Head of the Sports Department Christian Henn, the new Head of Sports Directors Valerio Piva, Michael Rich, Uwe Peschel and Torsten Schmidt will be together with the confirmed Dmitriy Konyshev, Mario Chiesa, Claudio Cozzi and Gennady Mikhaylov. Sebastian Weber is the new Team Trainer; last but not least, the riders will take advantage of Erik Zabel’s precious expertise and suggestions. The former German champion will prepare the team to every possible sprint situation, so that the riders know what to do in every possible condition.

The main aims of Katusha Team in 2012 are: good performance at all three Grand Tours (Giro d’Italia, Tour de France and Vuelta a Espana), victories at monumental classics races, the final Top-3 in the UCI World Tour team ranking as well as preparing of Russian riders for the Olympic Games in London.

In 2012 the youth direction of the Russian Global Cycling Project will be continuously developing as the UCI Continental team Itera-Katusha and two youth teams Under-23 and Under-21.

The UCI Continental team Itera-Katusha has already spent two seasons in the UCI Europe Tour. In 2011 Itera-Katusha became the best continental team in Europe with its 29 victories (with 109 victories and podium places in all competitions of 2011). The main results of Itera-Katusha in 2011 are: general classification of Tour de Slovaquie, Five Rings of Moscow and Tour du Pays de Savoye, victories at Coppa della Pace, Memorial of Oleg Dyachenko and GP Nogent-sur-Ois, both races of Russian Under 23 Championships.

The head sports director of the team is Nikolay Morozov.

The team aims at good performance in the UCI Europe Tour, Russian U23 Championships, confirmation of the leadership among all European continental teams as well as good results of its riders in the frame of the National team at European and the World Championships (both, road and track).

Youth teams Under-23 and Under-21 will continue its development in 2012 too. Just in a year these teams took 19 victories and 40 prize-winning places.

The roster of Under-23 team is:

The sport directors of the team are Evgeny Popov, Alexander Vasin and Anatoly Yarkin.

The roster of Under-21 team is:

The sports director of the team is Ilya Chernetckii. 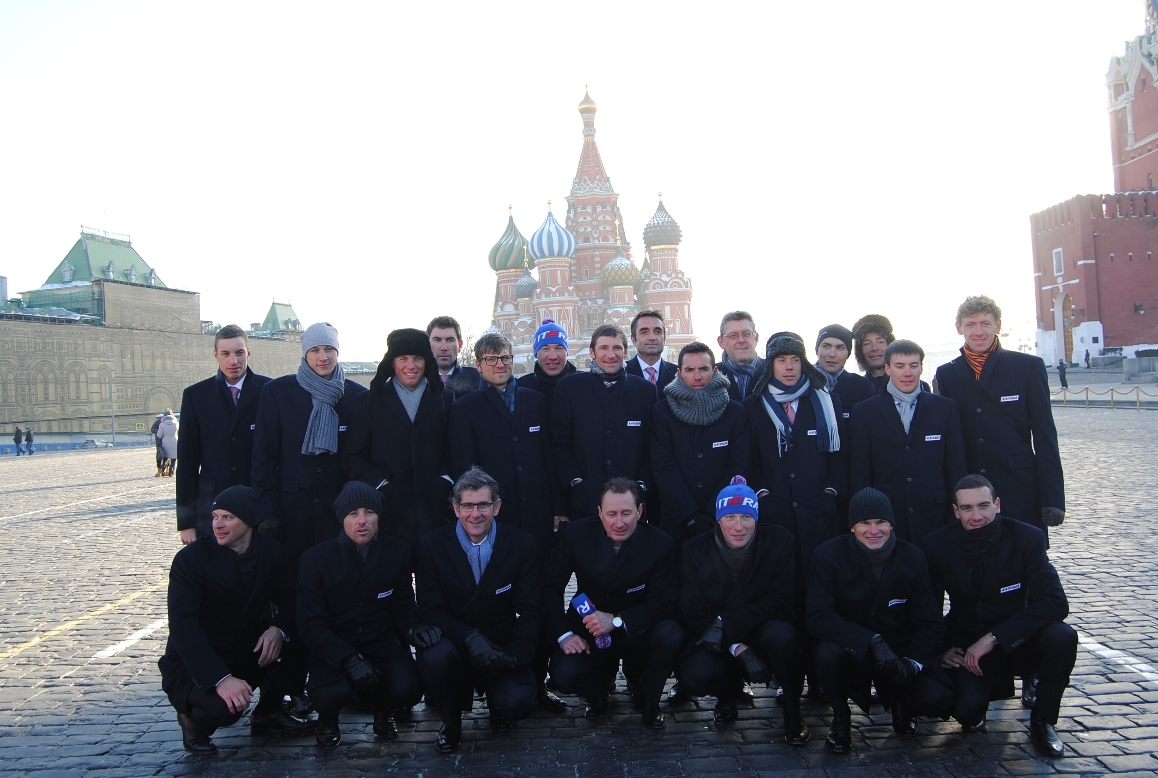