COLORADO SPRINGS, Colo. — The USA Triathlon Board of Directors elected four of its members to officer seats on April 4, at the organization’s board meeting in Tempe, Ariz., held in conjunction with the 2014 USA Triathlon Collegiate National Championships.

After serving as the Vice President since May 2012, Barry Siff (Boulder, Colo.) was elected as the Board of Directors President, replacing Bob Wendling, who had been in the role since 2011. Other elected officers are Vice President Mike Wien (Marietta, Ga., Southeast Region), Secretary Kevin Sullivan (Chelmsford, Mass., Northeast Region) and Treasurer Jack Weiss (Euless, Texas, South Midwest Region). All officers were elected to a two-year term.

Siff represents the Rocky Mountain, Pacific Northwest and Midwest Regions, and has been involved in the triathlon community for nearly 30 years — first as a competitor, then as a race director and coach. Siff is a USA Triathlon Level II Certified Race Director and a Level I Certified Coach, and a member of the Timex, PowerBar and TriBike Transport elite teams.

“It is a thrill and an honor to be charged with continuing the positive direction of USA Triathlon as President,” Siff said. “On behalf of the organization, I’d like to thank Bob Wendling for his immense contributions and strong leadership over the past three years. USA Triathlon, which will host more ITU events this year than any other federation in the world, is as strong as ever and I look forward to working with all my colleagues on the Board of Directors, as well as CEO Rob Urbach and the National Office Staff, to build our commitment to every constituency we serve.”

Siff began his triathlon career in 1986 in Omaha, Neb., and has completed 10 Ironman events and more than 50 marathons, including the Leadville 100 Trail Run. Siff was also a full-time adventure racer from 1998-2003, having completed numerous events in over 20 countries. He has co-authored two books on sport, and continues to be a contributor to many triathlon and sports magazines, and other media outlets worldwide. He previously served as Chair of USA Triathlon’s Race Director Committee, and is currently involved with USA Triathlon’s International Relations, Strategic Planning and National Coaching Committees, as well as the USA Triathlon Hall of Fame Committee, an event he has emceed for the past five years.

“Our priorities are unchanged: growing the sport in a safe and professional way, reaching out to youth, expanding diversity, and excelling at the highest levels internationally,” Siff said. “Spending this past weekend among 1,250 collegiate triathletes in Tempe I again witnessed firsthand the unbridled enthusiasm for our sport, and it only furthered my commitment to spread that passion.”

Wien was recently re-elected to the Board of Directors and brings 40 years of marketing, sales and branding experience to the board. As an athlete, he is a two-time member of Team USA (2007 and 2008) and has qualified to compete at the 2014 ITU Age Group World Championships in Edmonton, Alberta. He is a professional speaker and consultant as well as an Adjunct Professor of Marketing at Georgia State University. 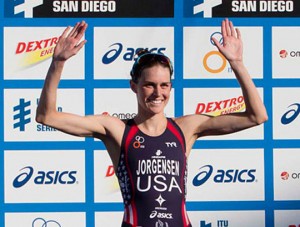 Sullivan was re-elected to his position as Secretary, which he has held for the past year. He is a 30-year multisport veteran and was inducted into the University of Vermont Athletic Hall of Fame in 2004 for his accomplishments as a varsity swimmer. He is an attorney in private practice with a concentration on civil litigation.

As mandated by USA Triathlon Bylaws, the officer seats — President, Vice President, Secretary and Treasurer — are elected by the members of the Board of Directors with the vote taking place at the first regular meeting of the year following an election. 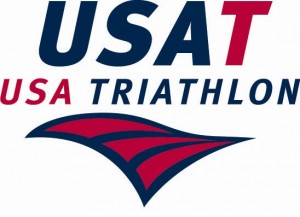